The first version of this package, and some example demo renders for it, wasn't ready in time for Labor Day 2020 but was released well before the Halloween Sale 2020, along with a few more fresh updates across various other already existing asset packs.

Note - 2021 - There's another major sale planned on all my content for Labor Day here on https://matthornb.itch.io and also on My Etsy shop. Until then, no big discounts planned. 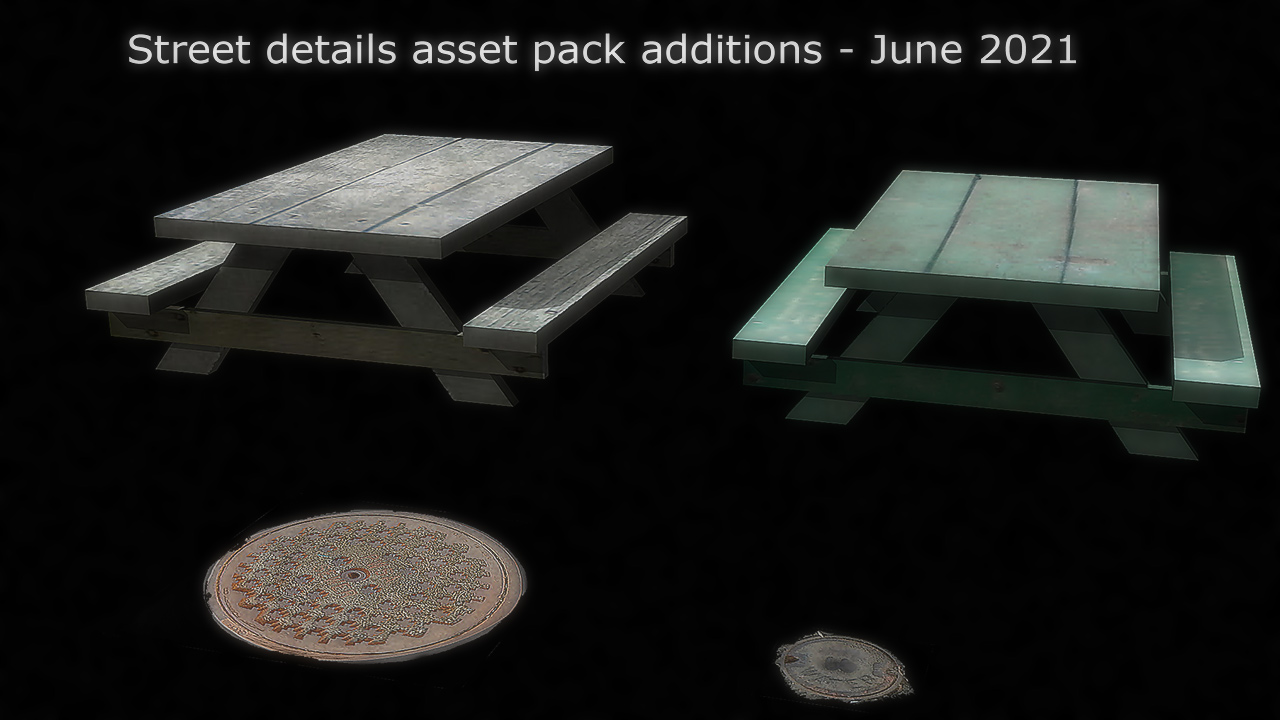 It's royalty-free as usual, and full of 3d assets you'd expect to see in parks, suburban areas, or small-town streets. Not nature assets - those exist in my other packs, and not interior assets. (That has its own collection as well) but man-made outdoor scenery items. 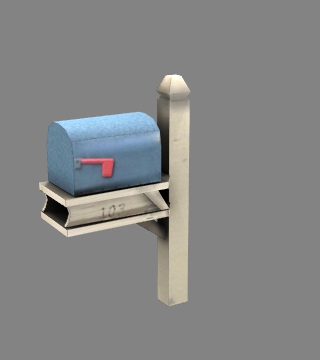 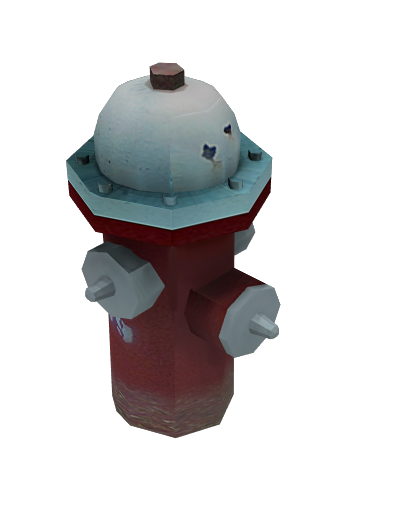 This is included along with the many other asset packs and indie game preorders all bundled together for roughly $1 during major holiday sales. 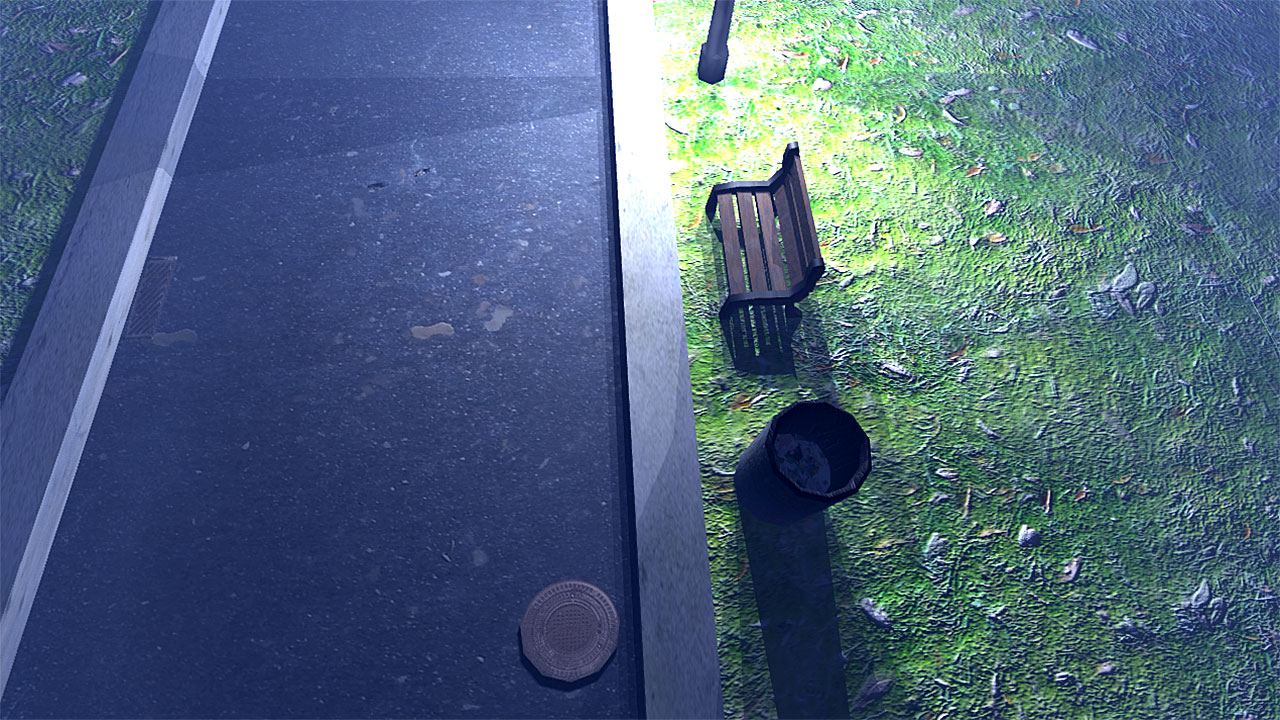 In order to download this asset pack you must purchase it at or above the minimum price of $1.50 USD. You will get access to the following files: 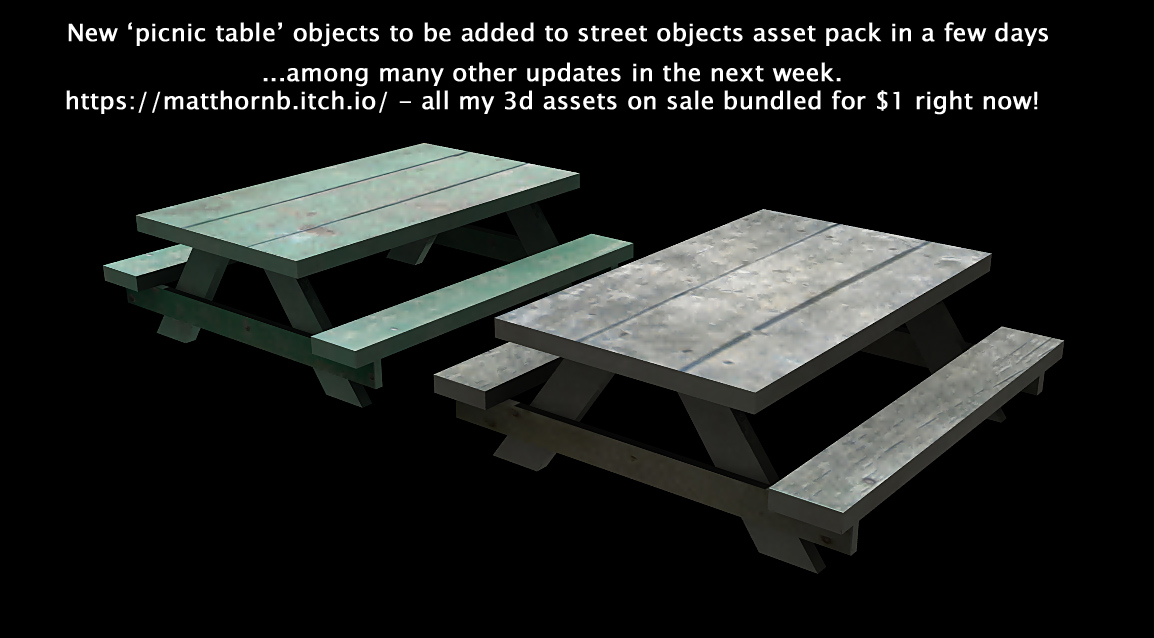 New updates will be posted in this and a number of my other asset packs over the course of the next week. I am still working on these asset packs - they're growing every so often with new additions, not static and they're not being abandoned!

Thanks a lot for your cooperation with inexpensive and very useful assets…! I really need your assets for my projects.

Sorry about that. Yes, I see the issue - the OBJ/.mtl content in this package had some .mtl texture file references saved with absolute, not relative, file paths. This of course means the texture files won't load by default on a different computer where the asset pack was saved in a different folder than it was saved on mine.

Sorry you ran into trouble with this, but I sincerely thank you for bringing it to my attention. I'll also look through all the other asset packs and see if this issue shows up elsewhere.

Edit, an hour after the initial [now apparently deleted] post - I've reworked this asset pack (as quickly as I could) and have just posted the update [fix] for these files via Butler. I think these items should now all open in most 3d apps with textures correctly loaded by default. I'm now checking the other asset packs and will attempt to fix any other similar issues I may notice across other asset packs, within the next day or two. Until those new fixes are all pushed onto itch, don't be too surprised if some of my 3d objects need the related image textures added [reconnected] manually in your 3d software. 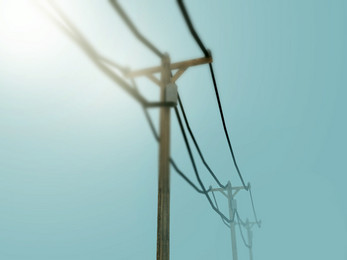